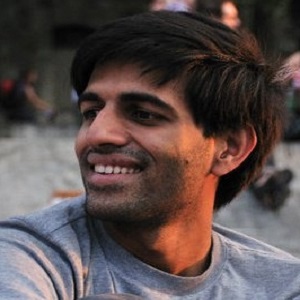 S. Akshay is an Associate Professor in the Department of Computer Science and Engineering at IIT Bombay. He joined IIT Bombay as an Assistant professor in 2013, before which he completed two postdocs, at National University of Singapore and IRISA Rennes, France. Prior to this he completed his PhD in 2010 jointly from Ecole Normale Superieure de Cachan, France (now part of Univ Paris-Saclay) and Chennai Mathematical Institute, India.

His research interests are primarily in theoretical computer science and formal methods for computing systems. His past research has focussed on mathematical reasoning, modeling and analysis for timed, distributed and probabilistic systems. Of late he has been interested in applying such techniques to analyze and explain systems coming from biological pathways as well as AI-based systems.

Please visit here for his publications and detailed profile.