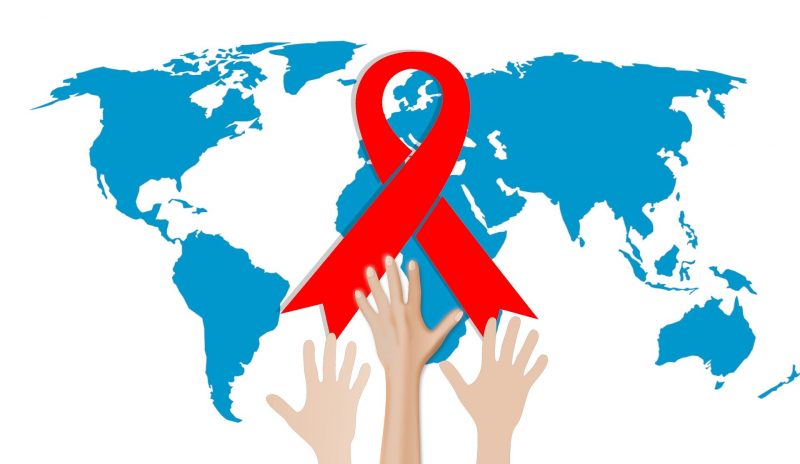 The HIV epidemic prompted a remarkable people’s movement where patient consumers demanded better care rather than submit to the discrimination and apathy of the state.

The World Health Organization has designated December 1 as the World AIDS Day. Almost three decades since its inception in 1988, World AIDS Day continues to signify the severity of the ongoing pandemic of HIV/AIDS, with about 32 million lives lost to the disease since the first cases were reported in the early 1980s (UNAIDS, 2019). The history of HIV and the activism that has been associated with this disease has changed many of the ways in which public policy and public health are practiced today.

The early 1980s in the US witnessed the emergence of a hitherto unknown syndrome that, at first, seemed to claim the lives of previously healthy, mostly young homosexual men (Smith & Whiteside, 2010). In this climate of confusion over a new disease, the rising number of deaths coupled with homophobia and the conservative turn in US national politics led to a moral panic about the “sinful” lifestyle choices of gay men (De Wall, 2006). This new disease (or syndrome) was dubbed gay related immunodeficiency disease (GRIDS), suggesting a causal link between homosexual lifestyle and the degenerative disease (Fee & Krieger, 1993; Patton, 2002). Gay men faced overt discrimination when they wanted to access health services (Smith & Whiteside, 2010). However, in 1983 when the HIV virus that caused the condition was discovered along with increased reporting of cases among women, children, and transfusion recipients; it became apparent that this disease could affect anyone who had been exposed to the virus.

The gay community had recently consolidated some political and social leverage in the immediate post-civil rights, sexual liberation decades of the 1960s and 70s. Faced with this new scourge, various gay civil rights groups responded by organizing against the resurgent stigma and discrimination in the wake of the HIV/AIDS epidemic. Recognizing the greater vulnerability of gay men to the disease, activist groups rejected the public health logic of quarantine and isolation of those infected (Rosenbrock et al, 2000). It was argued that such moves would further marginalize individuals and drive the epidemic underground. Instead, groups started advocating for better health care and access to services for the afflicted. By the mid 1980s, it became clear that the spread of HIV was associated with basic life giving and pleasurable acts of sexual intimacy and that no one was, technically, immune from this yet intractable disease. Furthermore, activist groups began to advocate for a social justice approach to HIV, which emphasized the social determinants of health and framed the risk of infection and resultant stigma as one that endangered the civil liberties of the affected citizens (Fee & Krieger, 1993; Mann & Tarantola,1998).

The force of these claims, together with the panic of a generalized epidemic, led to the belief that an exceptional disease such as AIDS needed an exceptional response, resulting in what has been described as “AIDS exceptionalism” (Bayer, 1994). By the late 1980s, the AIDS movement had given birth to the ACT UP coalition, which embodied the spirit of public health advocacy and AIDS exceptionalism. It called for policies that ensured quick translation of bench research on disease modifying drugs into easily available medication for HIV infected individuals (Patton, 2002).

In the 1990s and the 2000s, the HIV/AIDS pandemic which was ravaging Africa and had established itself in other parts of the global south received enormous international attention and unprecedented funding, more than any other single infectious disease. Scholars have attributed this focus to the initial condition of AIDS exceptionalism and the political traction that this new pandemic was able to garner in developed countries. A massive export of technologies, and the attendant language and politics of activism associated with the disease was exported to Africa, Asia and South America. National health policies of many developing countries, including India, set aside resources to combat the growing pandemic. Minority groups such as men who have sex with men, commercial sex workers and intravenous drug users, who were hitherto invisible in the health and welfare imagination of many states, made an appearance as high risk groups that needed to be researched and systematically targeted for behavior change and treatment uptake interventions.

The global reaction to the pandemic has yielded positive results. The number of new HIV infections has reduced (from their peak in 1997) by 40 percent in 2018 (UNAIDS, 2019). More people worldwide are aware of their HIV status than in the previous decade. Many countries have established care regimes for those infected, and prevention strategies for those at risk. The introduction of new drug regimes that effectively suppress the HIV virus from replicating has transformed the HIV infection from the inevitable march to death to something that can be managed with regular medication such as hypertension or diabetes. AIDS related deaths have reduced by 56 percent since the peak in 2004 (UNAIDS, 2019) and now people infected with HIV are more likely to die from causes similar to those who are not infected.

Thus, in the present decade, although much of the impetus behind the original AIDS exceptionalism has dissipated, the social justice approach to dealing with the pandemic is not yet redundant. Men who have sex with men, sex workers, intravenous substance users and transgender persons continue to be at higher risk for contracting the virus. Women disproportionately bear the brunt of the disease, especially in sub-Saharan Africa, where four in five new infections among adolescents aged 15 to19 years are in girls, and women aged 15 to 24 years are twice as likely to be living with HIV than men in the same age group. More than a third of women, globally, have faced physical and or sexual violence. Risk of infection increases with physical or sexual intimate partner violence (UNAIDS, 2019). While the efficacy of medicines has improved, there exist large regional and global disparities in access to medication and health care services for those infected.

The HIV epidemic prompted a remarkable people’s movement where patient consumers demanded better care rather than submit to the discrimination and apathy of the state. The movement marshalled its forces to create a worldwide alliance to deal with the disease and have reemphasized the need for looking as public health problems as matters of social justice. It may be safe to say that an end to the global pandemic remains a distant goal. Every December is perhaps a good time to remember the history, assess our progress, and learn from the success of the global response to HIV. In all of this, it remains important not to lose the gains made so far by slackening our efforts in the face of a diminished but still raging pandemic.