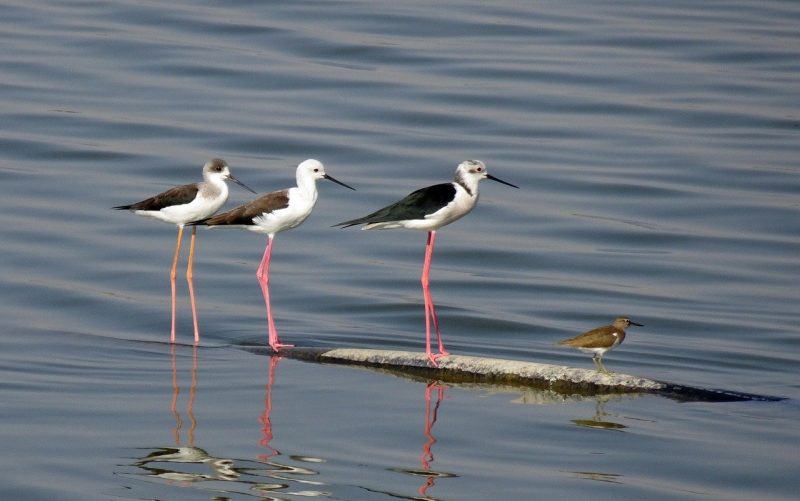 Note: This is the editorial from the Vol. XXVI, No. 1, February 2020 (No. 143) Issue of the Protected Areas Update, a newsletter produced by Kalpavriksh and Centre for Policy Studies.

Two wildlife areas that hit the headlines in the last few months, both for the wrong reasons, were the Sambhar Lake in Rajasthan and the Mhadei Wildlife Sanctuary (WLS) in Goa. A series of reports in November informed us, first, of the unprecedented and mysterious death of thousands of migratory birds in Sambhar Lake. Then, in early January came another series reporting the death, possibly by poisoning, of four tigers including cubs, in the Mhadei WLS. While the context of each – the landscape, the species involved and the specific triggers – are distinctly different, common threads are visible behind the scenes of what may have transpired. When developments reach the front page of newspapers and/or become the subject of prime-time television news, one thing is certain – it is only the outcome of a series of events that have happened in the preceding days. The news item is the tip of a giant iceberg that lies concealed.

In the Sambhar lake case, it is now being surmised, the deaths had started to happen sometime in late October. It is instructive that the first reports started appearing only a couple of weeks later. No one had spotted the mass die-off for days. More recent reporting by The Indian Express points to the possibility of a serious failure of the governance and law enforcement mechanisms as a result of which thousands of borewells continue to operate illegally in the region for the salt pan industry. These illegal connections, many of which leak current, the report suggests, may have led to the initial deaths by electrocution. This then created a fertile ground for the onset of botulism and the thousands of deaths that were caused by it.

In the Goa case too the first stirrings of trouble were reportedly visible nearly two weeks before the tragic deaths of the striped cats. Cattle herders had complained to the forest officials of the death of a cow in a tiger attack but nothing was done to compensate them for their loss. A few days later a second animal, a buffalo this time, was killed and this is alleged to have led to the retaliatory killings by the community. Surely, there are a host of inter-related and complex reasons in both the cases and ongoing investigations will hopefully present a clearer picture in the days to come.

What is also quite clear in both the cases is the huge deficit in the institutional capacities of monitoring these large areas, leave alone having in place response mechanisms that might be able to intervene to limit damage when that is possible. It is conjecture, but maybe the problem in Sambhar Lake would not have arisen at all if the illegal borewells had not been allowed in the first place. It is also worth asking what may have happened if a rigorous monitoring system was in place. Is it possible that an early detection of the initial deaths may have prevented the thousands that happened subsequently? The same in the Mhadei case. If it was known that tigers are roaming the forests and the community has also reported kills and loss of their prized assets, could a quick response and compensation mechanism not have helped the situation? This too is conjecture, but there is a good chance that none of the tiger deaths would have happened and this tragedy could have been avoided.

Our clamour for more protected areas and also increasing the size of existing ones is meaningless unless we ask simultaneously for increased capacities of and accountability from the establishment that has the power to govern and regulate. The legal, institutional, social and ecological landscapes that constitute the conservation enterprise are deeply and complexly inter-related, and the two tragedies of Sambhar Lake and Mhadei WLS are eloquent if grim reminders of that reality.