Talk : From the Gita to Google: Policy Challenges and Solutions for an Age of Global Crises(Rohit Chopra, Santa Clara University). 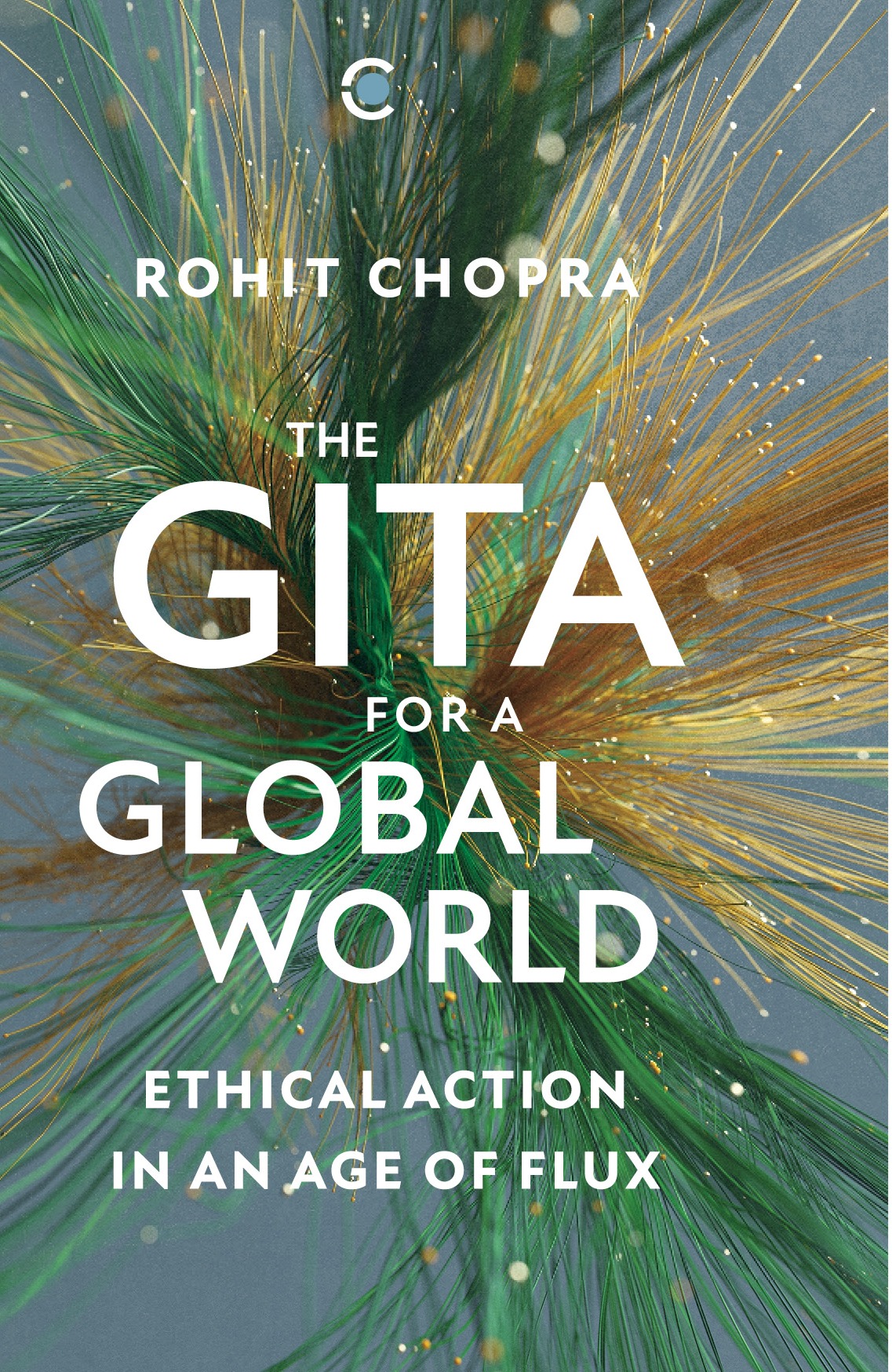 Talk Abstract :
Drawing on my recent books, The Gita for a Global World: Ethical Action in an Age of Flux (Westland, 2021) and The Virtual Hindu Rashtra: Saffron Nationalism and New Media (2019), my talk offers a diagnosis of the current global landscape in terms of its political, economic, and cultural dimensions, identifies key policy challenges engendered by our world, and considers possible responses to these challenges. I propose that we are experiencing a new form of global modernity, which I term ‘crisis globalization.’ Crisis globalization is marked by the rise of authoritarianism and increased political instability, conflicts over cultural, religious, and other kinds of difference, and a general condition of existential uncertainty and precarity in everyday life. New media, for all its benefits, has contributed significantly to this situation, whether through the subversion of democracy, the scourge of online mobs, the epidemic of fake news, and its role in enabling the rise of the surveillance state. What could the Gita, an ancient text rooted in a time far removed from our own, offer us for responding to these challenges, in terms of individual, societal, and policy responses? The talk will examine whether the Gita can provide a philosophical foundation for realpolitik in an age of crisis globalization, while also considering how the historical and political present compels to critically examine aspects of the Gita.

Rohit Chopra is Associate Professor in the Department of Communication at Santa Clara University. He has been a Visiting Scholar at the Center for South Asia at Stanford University and a Visiting Assistant Professor at Emory University. His research centers on global media and cultural identity, new media, and media and memory, and, more recently, on food and media, the politics and poetics of global music, and disability and media. Rohit is the author of The Gita for a Global World: Ethical Action in a Age of Flux (Westland, 2021), The Virtual Hindu Nation: Saffron Nationalism and New Media (HarperCollins, 2019) and Technology and Nationalism in India: Cultural Negotiations from Colonialism to Cyberspace (Cambria, 2008), co-editor of Global Media, Culture, and Identity: Theory, Cases, and Approaches (Routledge, 2011), and the editor of a special issue of the Economic and Political Weekly (2011) on the theme of the resurgence of empire in the twenty-first century. He has also published extensively in journals and edited book volumes. Rohit writes on media, politics, society, and culture for a number of international media organizations as well, with his articles having appeared in The Conversation, BBC India, South China Morning Post, Scroll, Outlook India, LiveMint, and Caravan India, among other publications. He is the co-founder and co-host of the India Explained podcast, which covers a wide range of issues of interest to the Indian diaspora. Rohit also works as a consultant for global government and private sector organizations on the impact of legacy media, new media, and social media on diversity, human rights, and politics.

The book is available here: http://t.ly/ip7I