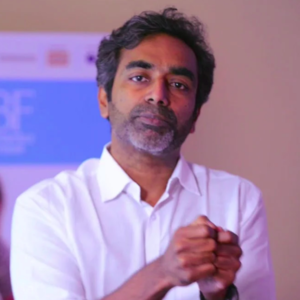 Prabhir Vishnu Poruthiyil teaches social policy usually through the lenses of inequality, social polarization, and ageing in developing societies. His research has appeared in Business and Society, Journal of Social Quality, Critical Discourse Studies, Economic and Political Weekly, and the Journal of Business Ethics. Vishnu is a Senior Fellow at the Centre for the Analysis of the Radical Right.

Description: The problem of misinformation and its impact on democracy has been recognized, but governing it is proving to be far from easy. There is a unique problem when it comes to dealing with the problem of misinformation – powerful groups whether the platforms or the state rely on fake news for entrenching their power. In this illiberal scenario, curtailing hard-won rights of marginalized groups and restricting gender equality becomes more salient for the economically poor who may have rather benefited from a reduction in material inequalities. This research project focuses on revealing the mechanisms through contemporary policies weaken the institutions of democracy, for instance, through (1) the use of coercion and technology for concentration of powers, (2) legitimizing of religious vocabulary that polarize and mobilize, (3) suppressing the rights to dissent, and (4) invisibilization of religious, linguistic, and sexual minorities.

Description: The twin processes of urbanization and demographic ageing has led to the ageing of cities – the proportion of older persons is projected to constitute one-fourth of urban residents in developing countries. Design of cities of the future cannot ignore this transformation. In India, negotiating urban spaces already rendered fraught for citizens as a result of structural inequalities becomes even more fraught with age-related frailties. This project is jointly supervised by the IDC School of Design and the Centre for Policy Studies of Indian Institute of Technology Bombay. The project seeks to answer a normative question – what design principles and policy practice can ensure that interests of older persons in cities of future? and design models that can aid planning for inclusive future cities. The principles and model will be tested for robustness in Mumbai, India. The insights from unequal, hierarchical and segregated urban space can possibly be extended to other countries facing the twin challenges of urbanization and ageing. The study would require a practice-based approach in designing and deploying the ageing empathy kit, conduct the in-depth user and system studies and finally evolve finding that will inform what future systems should be to be more inclusive. The finding should inform the policy makers to help convert the cities to be age-friendly and more inclusive. Age-friendliness: The WHO’s normative framework ‘age-friendly cities and communities’ (AFCC) and its critiques provide the policy dimension of the project. The critiques are drawn from critical gerontology perspective that conceives of ageing as not just a biologically process socially constructed experience that can influenced by social policy (Baars, et al, 2016). Structural inequalities as impediments to parity in participation of older persons in cities is foundational to this perspective

For some years, scholars have raised concerns that democracy as we know it is in peril. The takeover and scuttling of democratic institutions are being systematically tracked by agencies such a V-Dem, Freedom House, and The Economist. Deterioration of democracy is bound to create problems for citizens and policy makers and also analysts of government like us – every institution that influences our lives and every model of policymaking assume democratic pre-conditions. These include the free and fair elections, universal franchise, and enlightened citizenry, free press, protection of human rights, and a commitment to equality. Policymaking will no longer proceed as expected and even if they are may not work as intended if any of these necessary conditions are absent.

This research stream focuses on the role of businesses in the context of authoritarian policymaking. The research hopes to reveal how the interests of corporate sector and political elites are merging and its impact on the steady erosion of democratic institutions.