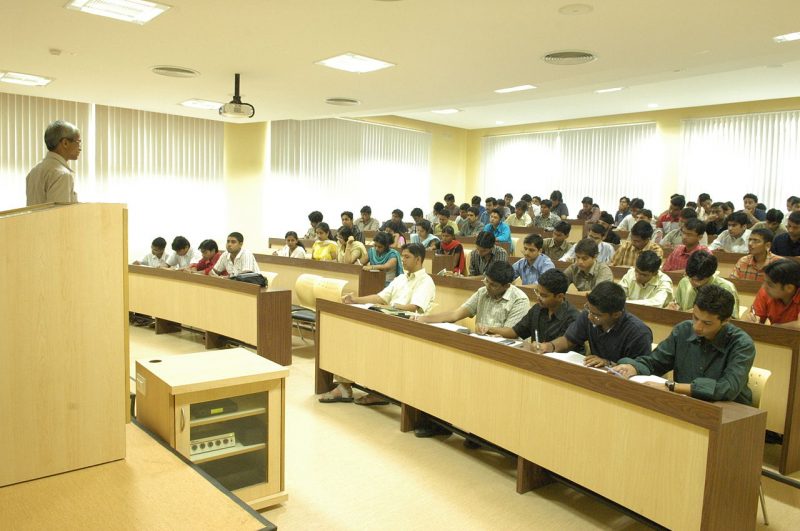 This article was first published by The Wire; and is reprinted here with permission.

The National Education Policy ignores the ground realities of research quality in higher educational institutions but sets enormous goals for the country.

“I’ve published nothing yet,” Alice replied in an offended tone, “so I can’t publish more.”

“You mean you can’t publish less,” said the Hatter: “it’s very easy to publish more than nothing.”

The policy envisages that all higher education in India will become multidisciplinary by 2030. The new education plan will give us graduates who are creative and adept in critical thinking. Their multidisciplinary training will ensure that they always remain employable even as single-discipline jobs become automated.

These graduates will come from a four-year liberal arts and science education (LASE) programme where the curriculum will add communication skills, scientific temper and social responsibilities to the students’ repertoire.

It also proposes to build many new liberal arts universities. To increase our global footprint, Indian universities will have offshore campuses. At the apex of all education-related agencies will be Rashtriya Shiksha Aayog (RSA or the National Education Commission) which will be headed by the prime minister.

The main problem with “recommendations” of this sort is that what they say cannot be faulted because it sounds so good. However, they do not say much about how we should attain these lofty goals, and seemingly exist in a political vacuum.

We have numerous private universities that offer dubious quality academic training but do world-class advertising, claiming collaborative programmes with excellent institutions abroad and placements in some of the finest global companies. Most of these institutions boast of impressive looking buildings, charge sky-high fees, provide a conduit for possible transfer to “collaborating” foreign universities, and flaunt the few jobs that a minuscule fraction of students get in good companies (sometimes after acquiring a higher degree from a better institution!) as proof of their “excellence”.

The real story is that most of them are understaffed in terms of faculty, and the quality of existing faculty is poor.

The learning outcomes are truly terrible, as I discovered in my rare encounters with students from these institutions in interviews for post graduate admissions.

On the research front there is nothing significant that ever happens in these institutions. Some shoddy publications can be found in third rate, usually predatory — though not always — journals. There are very few research grant proposals being submitted from these institutions. Hardly any make the cut in receiving research grants. A review of the work done in the projects that were actually given some grant money reveals the pathetic quality of research.

It is hard to imagine how any of these institutions can do any justice to multidisciplinary teaching in LASE programmes when they currently make such a farce out of single discipline teaching. Hardly any respectable research can ever comes out of them, given the quality of the faculty.

Then, there are our public institutions that range from severely dysfunctional to those that kind of come close to global standards of excellence. The best ones will be in a position to start LASE programmes but most others are unlikely to do this with any ease seeing as they are so caught up in just surviving. This logic applies to research as well.

Even though public schools have a better record of obtaining research grants and producing better research, much of it is pedestrian and incremental. While the best institutions produce some world-class research, much of the rest is routine work which may count quantitatively, but is not profound in any qualitative manner. Social science and humanities research remains starved of good faculty and research grants in every possible way, even in the best institutions.

In fact, UGC is now so concerned about the extremely poor quality of research in the country that it has called for proposals that will examine the quality of PhD theses over the last ten years! Ironically, it is UGC’s own journal lists which have encouraged publishing in predatory or fake journals. We are leaders in such publishing. We can prohibit such publishing by issuing diktats but it is much harder to ban bad research or researchers.

The most significant bottleneck to improvement in our institutions of higher learning, in addition to the obvious demand for research grants (and sometimes infrastructure building in public institutions), is unfilled faculty positions.

Administrative and financial apathy are indeed partial reasons but it is the lack of high quality faculty candidates that constricts recruitment. The old IITs, IISERs and NITs have faculty shortages, the new ones are constantly struggling to get good faculty. Most central universities too have a large number of vacancies. It is pointless to talk about other institutions lower down which are either poorly funded or which have no interest in solving this problem because they are running teaching shops.

Initiatives to recruit faculty may help in a limited sense but ironically may end up infusing more poor quality faculty into the higher education system.

What drives this poor availability of good faculty? It is the poor quality of graduating students from our undergraduate programmes. It is a rote-learning school education intertwined with dollops of coaching, followed by bad undergraduate learning. Graduates have no love, and more importantly, competence for post-graduate degrees.

A very significant majority of those who enrol themselves in masters or doctoral programmes usually do so because they cannot find jobs, and make for poor researchers. Some get selected as faculty, and continue to “reproduce” low quality research. Some end up working in private teaching shops masquerading as universities. Others remain unemployed or do jobs not connected with their “research”.

Inside elite institutions as well the number of graduating students who opt for post-graduate studies is much fewer than it used to be, so this pool too has shrunk and is a mixed bag in quality terms.

Some of the proposals in the draft policy are clearly conceited. There is talk of opening offshore campuses but clearly it is stupid to do so without first putting domestic campuses in order. Recall the ridiculous situation when Mumbai university “decided” to open a campus in America; this, when it made a mess of its online evaluation system! We want more foreign students when we do not have enough seats for our own, simply because it ups our international rankings!

The idea of an all powerful RSA is decidedly feudal. Why should it be headed by the prime minister? The Yashpal Committee’s suggestion of having a higher education commission which is headed by commissioners — much like election commissioners — who can only be removed from office by impeachment, was much more sound as it offered the possibility of real autonomy as well as a defence against the whims of the government of the day.

The policy proposes to establish a National Research Foundation (NRF) which will create the right “ecosystem” for research through mentoring and research. But why do we need a centralised fund when there are already so many government agencies that give research grants (like the Department of Science and Technology and Indian Council for Social Science Research)?

The thrust towards centralising funding is ill-advised, given that diverse funding agencies driven by their own priorities is a good thing. Such centralised structures also enable irrational state control over research activity. Recall this recent debate about nudging research into areas of “national priority”.

The failure to get high quality research outcomes is on account of poor researchers and not because funding is provided by dispersed agencies rather than a central one. Perhaps we are simply overtaken by the zeal to establish new bodies — it gives the impression of great work being done — rather than repair and strengthen old ones.

Sadly, the draft policy also subverts the meaning of “liberal” to its politically empty literal. Liberal is redefined to the “mastering” of ancient kalas (arts) as described in some of the great Indian traditions. It deviously takes away its modern meaning where individual rights are at the core and liberal education engenders a capacity for critical thinking and dissent i.e. creates an enlightened, politically aware citizen.

Finally, policy makers do not seem to be too connected to the ground realities of dwindling jobs, in so many sectors, by the onslaught of automation and advanced digital technologies; or the precarious nature of the new jobs that are replacing the old ones. Merely creating “multidisciplinary people” without heed to the nature of the labour scenario will only aggravate the problem.

Privatised, expensive higher education, that more and more people will access, may turn out to be an economically ruinous proposition with uncertain benefits.