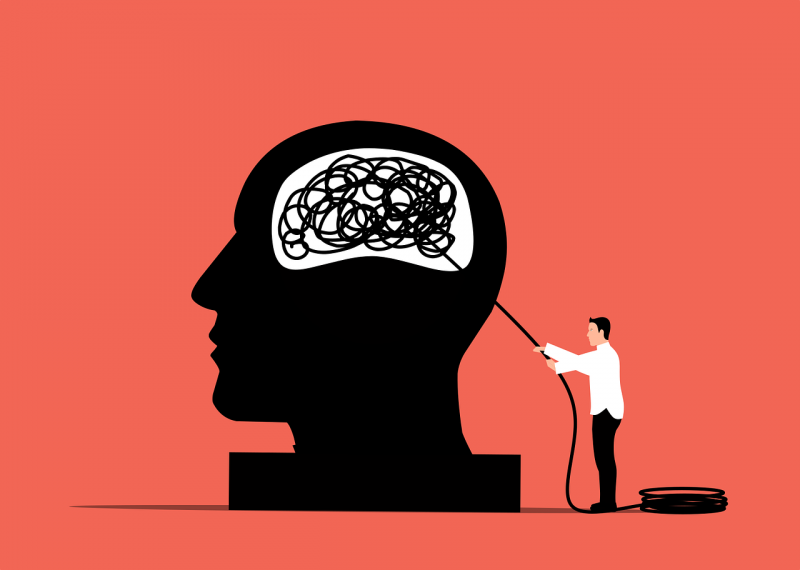 At the height of the first wave of COVID-19 in India viral videos suggested that Indians use home remedies such as clove, black pepper, caraway (ajwain), and hot water to combat the virus. One politician said cow urine and dung “may cure coronavirus”.

Doctors pointed out these practices were dangerous.

Many poor and marginalised people, who often view the state and its agencies as hostile entities, have absorbed misinformation to fuel conspiracy views. “Aap ka tika sahi hai, hamare mein zahar hai, is se garib khatam ho jayenge” The vaccine for you people is fine but for us it has poison, which will finish the poor’) said one.

One study suggests India is the most misinformation-affected country, and yet public agencies in India performed very poorly in addressing any specific items of misinformation.

They could do better – and have done when it comes to combating polio.

Instead, sudden lockdowns — which took a terrible physical toll and resulted in severe economic losses for migrant workers — only enhanced the sense of mistrust and alienation these social segments carry against “authorities”. Feelings of abandonment deepened after the deadly second wave of COVID-19 infections led to many deaths not just from the disease itself but the horrendous lack of access to medical infrastructure and services.

People from more privileged social classes also fell victim to misinformation, particularly when it had a “ring of science” to it. Among the urban myths: Indians live in a dirty environment so their immune system is good enough; vaccines require years of research so how can the current ones be effective, or even safe.

Breakthrough infections were cited as evidence of the vaccines’ ineffectiveness; fake journals helped push pseudoscience. A general lack of scientific literacy meant many were unable to distinguish between the science of vaccines and the profit-hungry behavior of pharma companies. Evidence about hospitals fleecing patients helped give rise to a deep notion that vaccines are just money making – unnecessary – products for corporations acting in collusion with governments.

Government bodies have been very reluctant in sharing information even with researchers who had to beseech the prime minister to get access to data needed for research, especially relating to regional and national scenarios – a situation that still prevails today.

The Covaxin vaccine development saga only reduced government credibility. Then came the persistent denials by various administrations, at all levels, about deaths resulting from a lack of hospital beds, oxygen and drugs during the second COVID-19 wave. This despite all the images and reports of the horrendous pain and death this wave wrought in India.

Some public agencies continued to promote Ayurveda, leading to advertising of an ayurvedic polyherbal concoction Ayush64 as a cure/immune booster. One such remedy got the blessings of the health minister, along with false claims of being approved by the World Health Organization.

Little has been done to counter the resulting vaccine hesitancy problem. The Indian Ministry of Health and Family Welfare (MoHFW) has a communications strategy document, but nothing significant seems to have been put into practice. Public service announcements, on any media – print or television – are scarce, mostly seen when government milestones are met and delivered in self-congratulatory tones

The advertisements that have appeared, such as “Tika Jeet Ka” [Jab of Victory] (Uttar Pradesh government) or “Be Afraid of Corona, Not Vaccinations” (Delhi government), hardly have any “recall”.

Some private entities like Google have been active in putting out public service messages about COVID-19 vaccines; including targeted television advertisements.

India has shown it can design public service advertisements conveying meaningful messages — it did so for anti-tobacco campaigns. To help counter polio it turned to celebrity endorsements and catchy taglines. It could also look to public service campaigns launched in other countries: “It’s Up  To You” and “We Can Do This” in the United States and “Every Vaccine Give Us Hope” in the United Kingdom.

India’s own public agencies — the science and technology related government departments as well as the scholarly scientific academies — could emulate the educational activities of the US National Academies of Science, Engineering, Medicine.

The US Center for Disease Control also hosts videos, and multilingual public service announcements delivering resources many non-experts can access.

Some states of India have turned to folk music and street plays to spread COVID-19 related awareness. Backed up with billboards, posters and public announcements it could be enough to energise people to “do something” about getting the vaccine.

Unscientific home cures, a false sense of immunity, the promotion of questionable treatments, poorly designed lockdowns, and insufficient public messaging have eroded public belief in science and evidence, which is critical for fighting the COVID-19 pandemic. The continuing mutation of the novel coronavirus, combined with an increase in breakthrough infections among the vaccinated, has resulted in a fresh wave of misinformation. Only effective counter narratives to confront the above issues can help us combat misinformation.

A slightly condensed version of this article was originally published under Creative Commons by 360info™.

Professor Anurag Mehra teaches engineering and policy at IIT Bombay. His policy focus is the interface between technology, culture, and politics.

Yashas P R is a former journalist and currently a Research Fellow at the Centre for Policy Studies at IIT, Bombay.