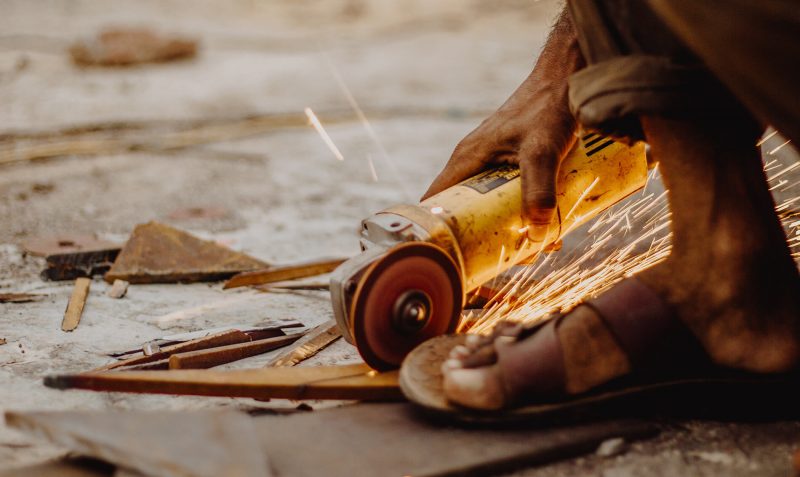 The phrase ‘last mile’ is generally used in the context of network connectivity, such as power grids, roads, pipelines, internet etc. What does this mean in the context of public policy? One obvious ‘imagination’ could be the delivery of public goods and services at the doorstep of the citizen. The conceptual definition of ‘last mile in the context of public policy’ may require some more elaboration and nuance. However, this imagination makes aptly clear, at least, the unit of analysis. And, that unit of analysis is the ‘interface’ between citizens and the providers of public goods and services. Therefore, the actors of bad implementation, through the lens of last mile, are around this interface. The actors are, of course citizens, and could be employees of the state, of not-for-profit organisations, or of philanthropy initiatives. Thus, it is clear, that reasons of bad implementation, and therefore opportunities of correction, through the lens of last mile, are in a ‘black box’, which is the interface between citizens and providers of public goods and services. Within the ambit of Policy Studies, it is possible to use Street Level Bureaucracy (SLBy) Theory and Compliance Theory to study last mile public policy issues.

The current article explains Street Level Bureaucracy Theory, and how it helps in opening the block box of ‘the interface’ mentioned above. Later, it lists the last mile public policy issues in India using some examples.

Street Level Bureaucracy Theory was first put forward by Michael Lipsky in 19691. Lipsky defined SLBy Theory as the ‘theory of the political behavior of Street-level Bureaucrats (SLBs) and their interaction with clients’. He defined SLBs as ‘those men and women who, in their face-to-face interaction with citizens, “represent” government to the people’. He gave three characteristics of the work of SLBs viz. constant interaction with citizens in the regular course of their jobs; ‘independence on the job’ which includes discretion in decision-making but is not limited to that; and, potential impact on citizens, which could be extensive. Lipsky focused on the problems which affect the SLB, and their response – ‘mechanisms to cope’ – with these problems. The problems which Lipsky identified are, ‘lack of organisational and personal resources; physical and psychological threats; and, conflicting and ambiguous role expectations’. SLBs, in their response to these problems, ‘deliberately and unconsciously’ develop coping mechanisms. The analysis of these ways/mechanisms, Lispky argued, suggests that the structure of SLBy has ‘inherent’ difficulties’ in serving the clients, ‘predominantly of minority groups and other stigmatized individuals’. Briefly, SLBy theory focuses on the work conditions, coping mechanisms, the discretion of SLBs, and the power relations between SLBs and their clients. It helps in explaining the challenges that SLBs and their clients face at the ‘interface’, and how they cope with it, within the available structure of rules.

In schooling and education, the Annual Status of Education Report (ASER) 20182 has found that  ‘three quarter of all children in Std III are not at grade level’, which means they do not have ‘foundational literacy and numeracy skills’. In the judiciary, PRS Legislative Research3 has provided statistics that ‘over three crore cases are pending across the Supreme Court, High Courts, and subordinate courts (including district courts) in India. Of these, subordinate courts account for over 86% of the pendency of cases’. The disposal rate is just 40% in the subordinate courts. Subordinate courts have a vacancy of 26%. There are 2.8 lakh prisoners who are under trial. In the report on police reforms in India4, PRS Legislative Research found that state police forces are overburdened as there are 24% vacancies (around 5.5 lakh). This means that against the sanctioned police strength of 181 police personnel per 1 lakh citizens, the actual strength is only 137 (2016 figures). It also states that 86% of the state police comprise constabulary, and have weak incentives to perform well as the highest they can go up the ladder in the organisation is to the post of Head Constable.

These are perfect examples of ‘bad implementation’ and are in fact drivers of it; and can be studied through SLBy theory. In each of these sectors, the issues highlighted have a direct and extensive impact on citizens. For example, poor literacy and numeracy levels in schools and undertrials in prison. The resource constraints that SLBs face can be explicitly visible in just one variable (and there could be many such) which is inadequacy in the manpower required for a job. Street Level Bureaucracy Theory – which is a type of bottom-up implementation theory – equips the policy researcher to explore and reveal through description, multiple facets of policy issues at the street level, the interface of the public organisations and citizens, and other hindrances to implementation as per the policy goals. It is beyond doubt that Street Level Bureaucrats, as described by Lipsky, are the ‘ultimate policymakers’.